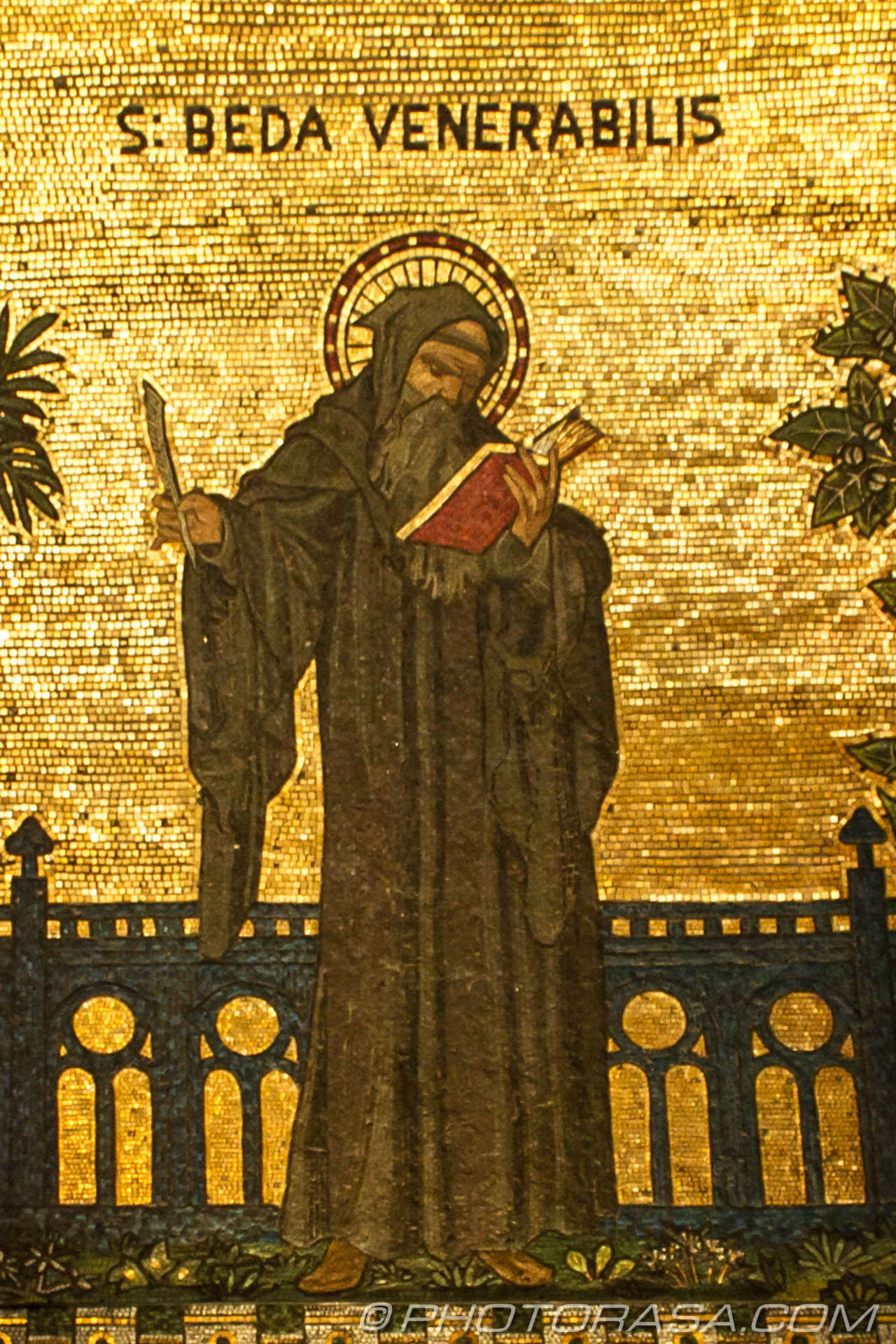 The Venerable Bede
Bede is known as the Father of English History, and is considered one of the foremost Anglo-Saxon scholars. He wrote not only on the history of English Christianity, but numerous books on nature, music, astronomy, and poetry, as well as commentaries on scripture. He also wrote the first  anthology of the lives of the saints. But beyond question his most influential and most important work is The Ecclesiastical History of the English People.

Bede’s Ecclesiastical History covered a vast sweep of history—from Julius Caesar’s raids of Britain ca. 55 B.C. to the arrival of Saint Augustine of Canterbury in 597 A.D., the first missionary to arrive from Rome. Bede was a master of classical languages, including Latin, Greek, and Hebrew, and had a passion for the work of the Church fathers. He was the first to use the system of reckoning years from the time of Jesus (A.D. and B.C). Bede cited as his sources for the Ecclesiastical History ancient letters to which he had access, traditions which had been passed down, and his own personal knowledge.

He was born in the year 672 or 673, in Jarrow (now Durham) in England. His name comes from the old English word bede which means prayer. It seems likely that Bede came from a noble family, fairly well-to-do. At the age of seven he was sent to a monastery for his education. He spent most of his life inside monastery walls, working tirelessly as a scholar.

Bede wrote of himself that he had “devoted [his] energies to the study of the scriptures, observing monastic discipline, and singing the daily services in church,” whose “delight” had always been “study, teaching, and writing.” His scholarship is clear and unquestionable, as are his dedication to his faith and dogged devotion to the passing-on of knowledge.

Bede died in 735 A.D., in his cell at the monastery at Jarrow in the northeast of England. He is one of thirty-three Doctors of the Church. Both Anglican and Roman Catholic Churches venerate Bede with a feast day on May 26. He was buried at Jarrow, but around 1020 his body was moved to Durham Cathedral and interred next to his mentor and friend, Cuthbert.