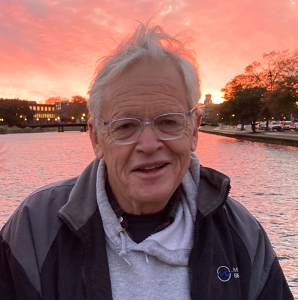 My wife Lizzy and I live in Norfolk, Virginia. In the not-so-distant past I have most recently served as the interim in three churches in North Carolina, one locally and as Clinical Pastoral Education Chaplain at Norfolk General Hospital. Lizzy is a sign language interpreter, teacher, and early intervention specialist for families who have children who are deaf. We each have three children. Lizzy has two in Oregon and one in Albuquerque. Two of mine are in Connecticut and one in Virginia. Four are married. And we have seven grandchildren! I was raised in Kentucky, and went to schools in Tennessee, Virginia and Illinois. My vocation in the Church as both a layperson and as a priest has been as far scattered as Alaska, Haiti, Newfoundland, and Oregon and as rector of three different parishes in Virginia. I have always linked the churches and schools I served with other institutions in other cultures including Great Britain, Haiti, Alaska and most recently Malawi. In my spare time I like to be on the water, in the hills, or in a chair reading. I much prefer to be called “Robert” but won’t be a stickler on the issue. I love parish ministry, my wife and our extended family.